The wine and food of Spain 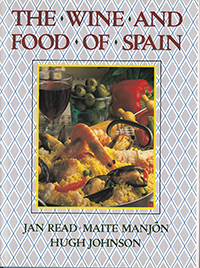 The wine and food of Spain

The Wine and Food of Spain is an absorbtng exploration of a subyect whose history dates back to Greek and Roman times and whose appeal and influence have spread across the world.

Spain has more land under vines than any other country, and today, with an market for Spanish wines in Britain, serious interest in its production is rapidly increasing. The Spanish themselves pay even more respect to thear food than to thor wine, and their cuisine in all its variety plays a fundamentally important part in the life of every household. It was the Spanish who introduced to western Europe such staple foods as potatoes, tomatoes, peppers and chocolate, and today their piquant dishes are universally popular.

Far more than just a gastronomic guidebook, The Wine and Food of Spam examines not only the cuisine and the wines but also the landscape, cities and traditions of each area. Jan Read is an authority on Spanish history as well as wines, and in a well-informed introduction to each region he takes the reader on a tour of the sights, taking in all the great architectural monuments and some little-known places that are not to be missed. His brief histories perfectly set the scene for detailed and entertaining accounts of local wine-making customs and comparisons of grapes and vintages. He also visits the vineyards and bodegas of the great wine-producing firms such as Gonzalez Byass, Codorniu and Riscal, and discusses the wines for which Spain is famous — sherry, Montilla, Målaga, Rioja.

Jan Read's extensive knowledge of Spanish wines is complemented by the culinary expertise of his Spanishborn wife Maite Manjón, who has provided authoritative information on traditional delicacies and ingredients, restaurants up and down the country where typical dishes are best cooked and presented, and recipes to follow in our own kitchen.

Hugh Johnson, known the world over for his discerning alate and best-selling books, has contributed an introduction to the book and tasting notes on many of the wines.

All three authors have a deep affection for Spain and an intimate knowledge of their subject. Though they have requently visited the country together on gastronomic expeditions, this invaluable guidebook is their first collaborative venture. 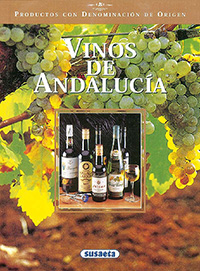